Day-By-Day Treatments To Relieve Dermatitis Without Spending A Fortune

Dermatitis is a rash that causes itching. Although scientists do not fully know what causes dermatitis, it appears to be an abnormal inflammatory reaction of the immune system in response to an irritating factor — whatever it is, from dust mites to rough tissues and even detergents. If you have dermatitis, the best thing you could do is to visit a dermatologist and try to control the itching and dryness at home by keeping the skin well hydrated. Here are some treatments that you can follow day by day to relieve dermatitis.

Dermatitis is worsened by dry air, especially in winter, in homes and offices with central heating. As dry air tends to exacerbate the itching of eczema or dermatitis, keeping humid air indoors should be a priority for sufferers, says dermatologist Howard Donsky.

A warm bath helps cleanse and moisturize the skin without drying it. On the other hand, steam baths and showers lasting more than 10 minutes are a no-no. When wiping water from your body, dab the skin with a towel rather than rubbing it. Use a body lotion for the next three minutes after getting out of the bathtub as the fat in it keeps the water inside the skin.

Most dermatologists are against conventional soaps, especially scented ones; even baby bath products can irritate the skin. Your pharmacist or doctor can recommend other substitutes, such as soaps free from fragrance, dye, and allergens, which are best for people with dermatitis.

Take a bath in rice flour

For additional soothing treatment, Dr. Donsky recommends adding products containing colloidal oatmeal to the bathwater or even using rice flour as a soap substitute. The term “colloidal” means that the cereal has been grounded so finely that, when mixed with water, it remains in suspension. Pour two cups of collodion oatmeal into the tub with warm water. To use it as a soap substitute, put it in a cloth handkerchief, tie the ends with an elastic band, soak it in water and use it like a sponge.

Metal salts such as aluminum chloride, aluminum sulfate, and zirconium hydrochloride can irritate the skin and are active ingredients in many antiperspirants. You can try L’Occitane Cooling Deodorant, without aluminum, formulated with ingredients from organic farming.

One of the main ingredients in calamine lotion is zinc oxide. Zinc is known as a beneficial treatment for itchiness because it inhibits mast cell degranulation while reducing the secretion of histamine that contributes to itching. Also, with its strong antibacterial and antioxidant action, topical zinc oxide has also been used in treating atopic dermatitis. Avene Cicalfate+ Restorative Protective Cream is a good one!

Wear cotton clothing directly on the skin, which is much better than polyester and even wool. Avoid fabrics made of synthetic fibers that itch, as well as tight and uncomfortable clothing.

Food allergies can play an essential role in triggering atopic dermatitis. It’s been known that multiple food allergens may serve as triggers for dermatitis. If you suspect that any of the foods you usually eat hurt your skin, avoid them and observe the effect.

According to studies, consuming foods rich in omega-3 fatty acids, such as salmon, mackerel, and other fatty fish, can help prevent allergies and inflammation, both associated with dermatitis.

If you have eczema, aka atopic dermatitis, sudden changes in temperature can be a problem. Leaving a warm room in the cold winter air can trigger itching and dryness. You can best protect yourself by wearing several layers of cotton clothing when you go out and avoiding hot baths.

Look for emollients that contain urea

Urea-based emollients are effective in reducing itching caused by eczema. This is because urea plays a vital role in the natural moisturizing factor (NMF) — a group of hygroscopic molecules responsible for the skin’s ability to retain moisture. When applied to the skin, it provides hydration and soothes dryness. A study involving 129 patients found that participants using urea-containing cream reported more moisturized and soothed skin than those using a placebo. Therefore, it is worth considering products that contain urea if you have dermatitis.

This study indicates that a proprietary form of Mahonia aquifolium is effective and well-tolerated in people with mild to moderate psoriasis. Chronic dermatitis, eczema, or psoriasis can improve if you use this herb for long periods. Put one tablespoon of dried root and 250ml of boiling water and simmer for 10 minutes. Strain and drink every morning.

Several small-scale experiments in the West have highlighted the somewhat beneficial effect of herbs used in traditional Chinese medicine to reduce inflammation and treat dermatitis. The plants are consumed in the form of tea or are mixed into skin creams. However, there are some scientific reports of liver damage caused by the use of herbal preparations, and suspicions have been raised that potent steroids have been secretly introduced into “herbal” creams. It is best to avoid such things if you do not get them from a licensed practitioner or dermatologist.

Antihistamines lessen the symptoms of classic allergies such as headaches, runny nose, and itching. Over-the-counter antihistamines can be useful for eczema. They reduce itching because they prevent histamine from reaching sensitive skin cells and causing them to become inflamed. The authors of this study state that although antihistamines are often used in the treatment of atopic dermatitis, little objective evidence exists to demonstrate pruritis relief. However, follow the recommendations on the label and remember that some antihistamines cause drowsiness.

When washing your skin, thoroughly remove all traces of detergent with a thorough rinse. Do not use too much shower gel, and always use the second rinse cycle to remove all traces. If you have sensitive skin, avoid biological detergents based on enzymes. In case you use fabric softener to soften your clothes, buy one recommended for such skin.

Keep an eye on your eyes

Cold, wet compresses can help soothe the itching associated with eczema. Use cold milk instead of water because it’s much calmer. Pour milk into a glass with ice cubes and leave it for a few minutes. Then soak a gauze compress in milk and apply it on irritated skin for 2-3 minutes. Moisten the compress again and repeat the procedure for about 10 minutes.

When to see a doctor

When eczema is severe and home remedies and over-the-counter medications do not calm the itching, see a doctor. There are many medications that only your doctor can recommend. At the same time, a doctor is the only one able to rule out other medical causes of dermatitis. 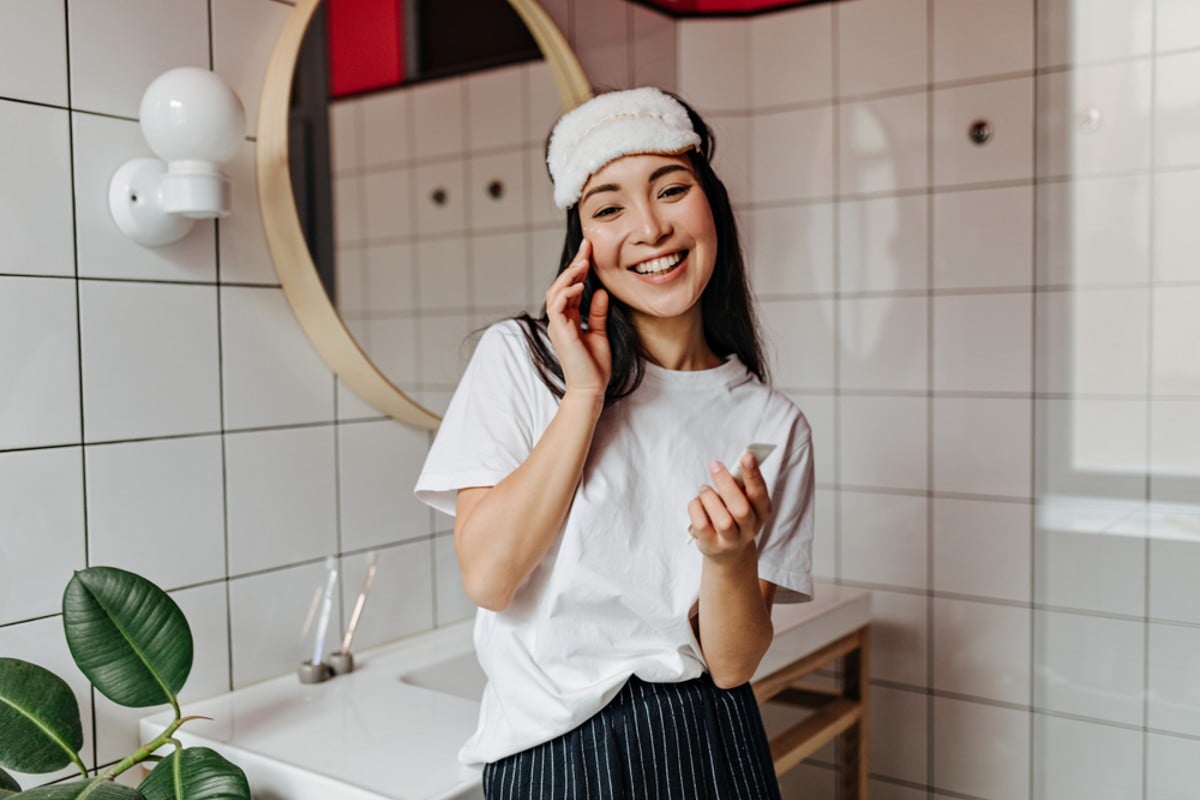 We’ve Pitted AHAs And BHAs Against Each Other To Find Out The Key Differences Between Them
Ana Vasilescu February 2, 2023

AHAs and BHAs are the most powerful exfoliants in the skincare world. Find out the key differences between them and which one is best for your skin. 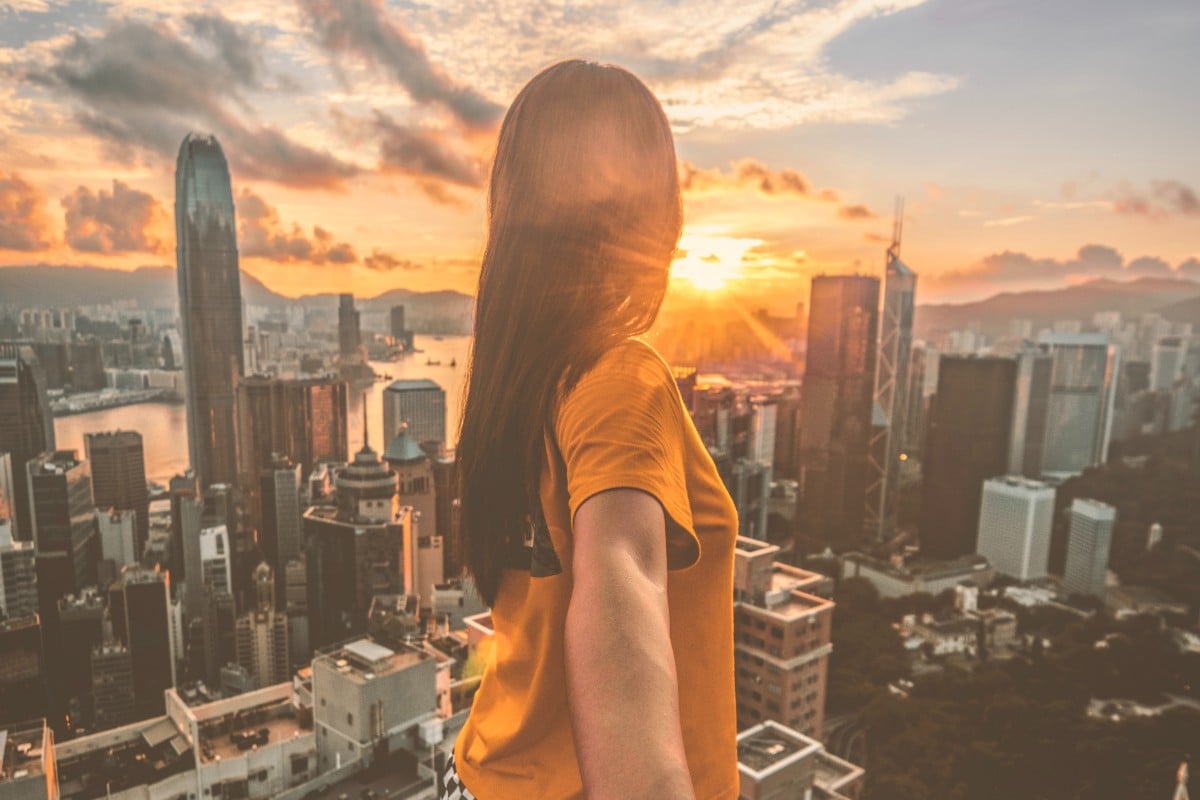 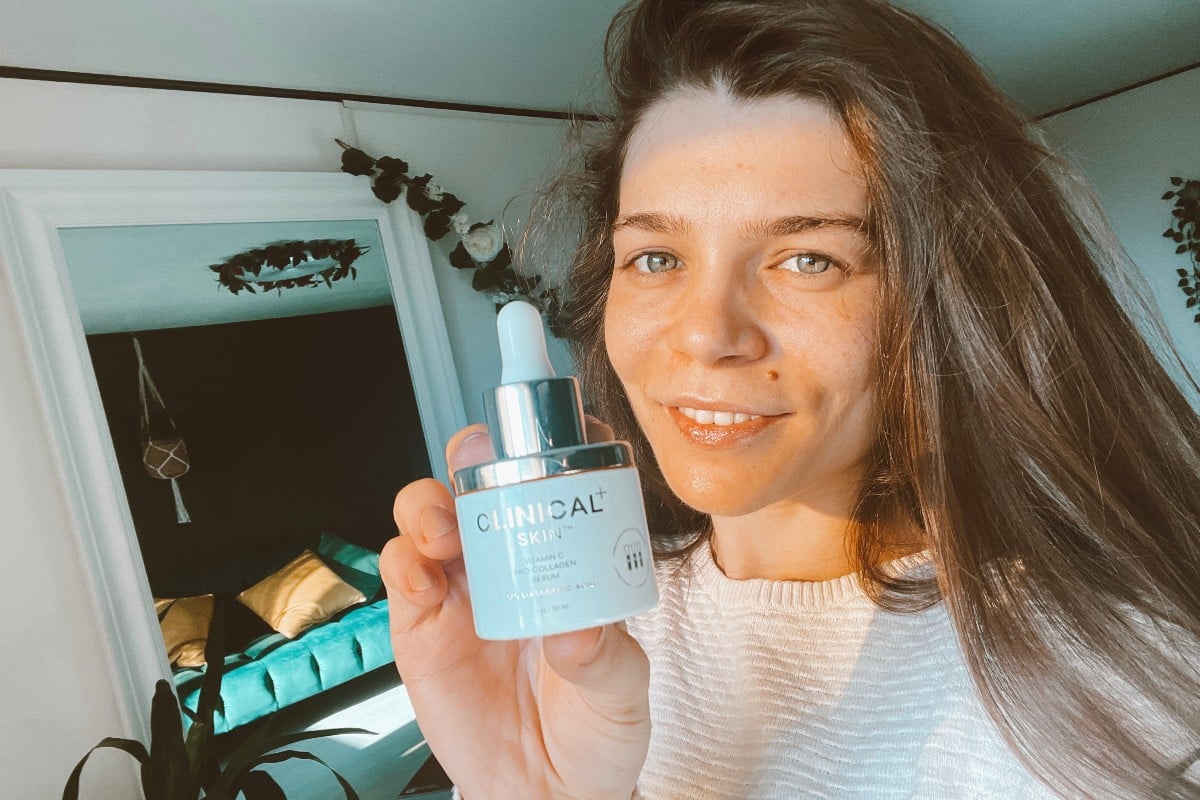 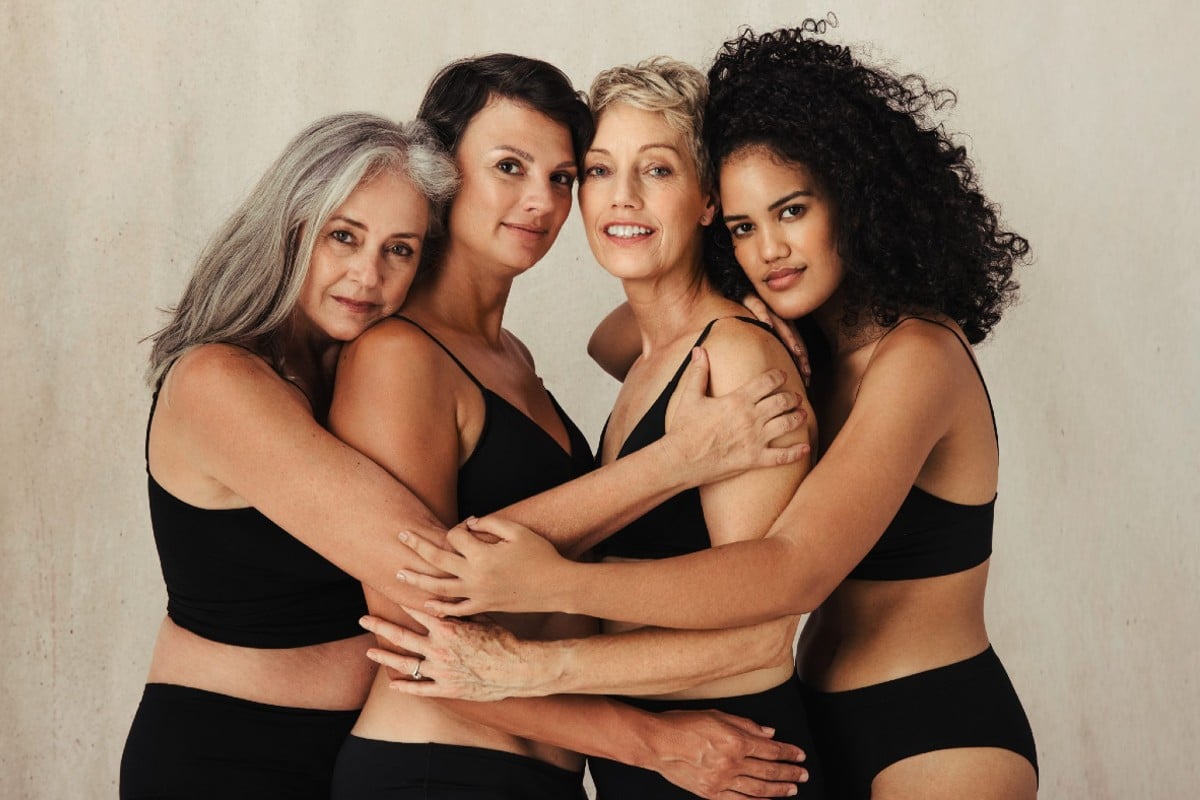 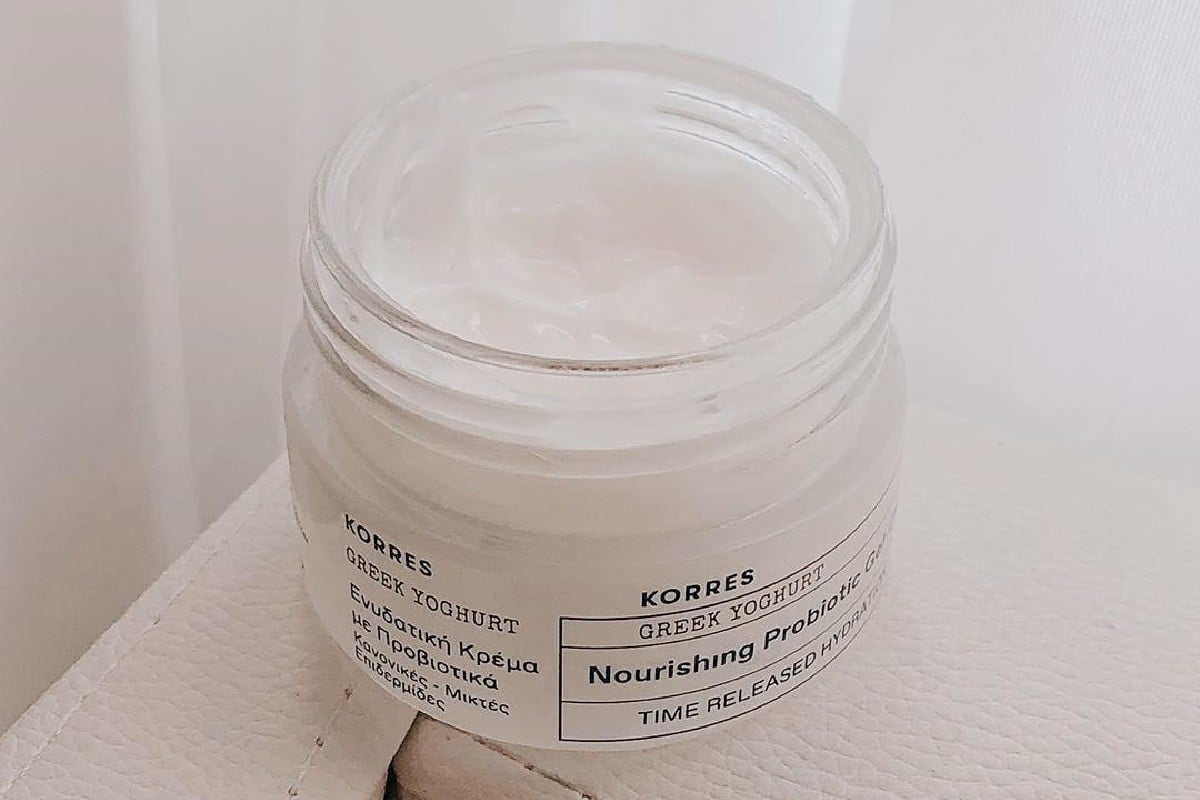